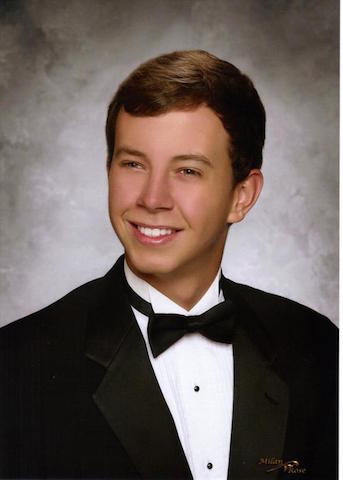 The George Daly Memorial Scholarship Fund was established to honor a cherished son, brother, and friend, whom we lost on February 12, 2015 at the young age of 20.

George graduated with high honors in 2013 from Hunterdon Central Regional High School, where he was a member of the National Honor Society, Student Council, and was a team leader in Teen PEP. He was a starting pitcher for the varsity baseball team and played varsity basketball. George also played for the American Legion Post 159 baseball team and several other travel teams.

George was in his sophomore year at the University of Pittsburgh, majoring in molecular biology with minors in chemistry and physics. He was planning to pursue a career in medical research. George belonged to the Pi Kappa Alpha fraternity, where he served as a peer tutor in science.

George was a humble and compassionate person who gave freely of his time and energy to others. He was someone who was kind to those who could do nothing for him, simply because he saw the significance in each person, and the good in them. Someone who was the brightest light in every room just because he didn’t try to be. He was brilliant, gentle, and had the kind of humor that made you want to make him laugh, just because the sound was so wonderful.